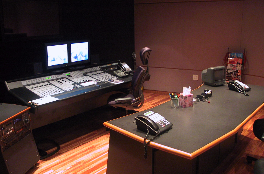 Carl J. Yanchar, President of Yanchar Design & Consulting Group, directs all activities within the firm involving the acoustic and electronic systems design of audio, motion picture and television studios. His experience as a recording engineer, equipment designer and studio owner gives him a special insight as a consultant in all aspects of studio design.

After graduating from the University of Southern California, he joined Kendun Recorders as chief engineer. In 1972, a sister company, Sierra Audio was formed to represent Tom Hidley Design in North and South America, Asia and Australia. Carl became Vice-President of Planning and Development for both companies.

At Yanchar Design & Consulting Group, Carl is responsible for the design of new and existing facilities, and handles all client consultations to determine design parameters. He brings with him a broad practical, as well as theoretical background. His hands-on experience with production and system configuration ensures a design that is flexible and adaptable.

Bachelor of Science in Electrical Engineering
University of Southern California
1968

Cesar Vergara, Designer at Yanchar Design & Consulting Group, has been on staff since 1995. With a professional degree in architecture, Cesar's role spans all phases of a project's development, from conceptual design to final construction documents.

Cesar is also involved with Yanchar Design & Consulting Group's custom product services, providing him with a technical understanding of the interface needs of studio design.

Exhibited at the 1995 AIA Architectural Convention